I've been busy for the last couple of months.  I may have signed up for to many bees and swaps, but I was able to finish everything on time.


Next are the blocks I made for the Bee Hive 2017 Lovely Bee Swarm - February  & March.   MJ wanted the Magic 8 Ball in black and white and  Karen wanted the Jagged Little Pill in green.

Blocks for the Stash Bee 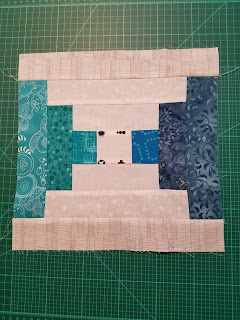 I had to make an extra pincushion for the Beaquilter - Pincushion swap 2017 this month because the pincushion that I made for December 2016 got lost in the mail.  Of course once I sent out the pincushion I received the lost one in the mail.  I decided to keep it for myself.  I made my own pattern for the heart pincushion.  So here are the replacement, February and March pincushions. 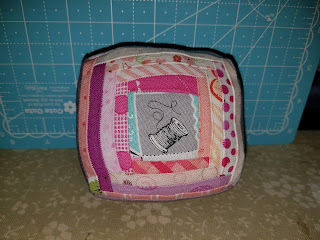 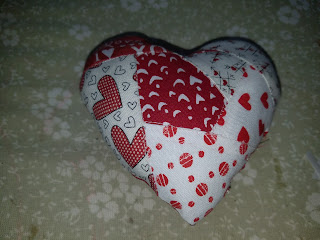 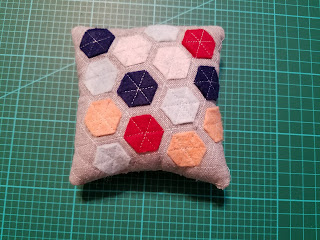 I participated in the Modern Quilt Guild Mini Swap.  We exchanged mini's during Quiltcon.  I was pretty proud of myself.  I took pictures with my swap partners. 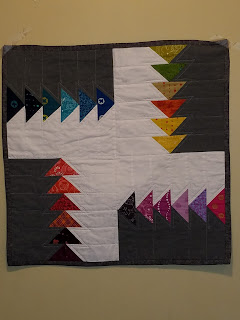 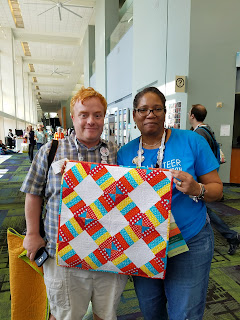 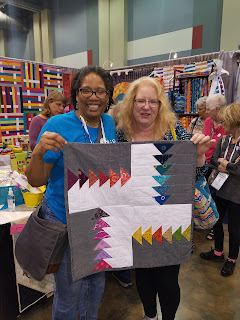 Woooooow.   I did alot in February and March and there is still more.

I signed up for the Simply Sign Me Swap 2017 last year.  I originally wanted to do a bicycle on a road etc... and hand stitch it, but I'm not a good handstitcher.  So I decided to make my own envelope pattern instead.  I created a design in EQ7 and this is what I came up with. 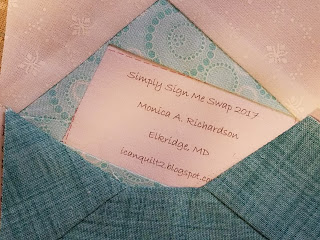 I had to make 29 blocks but I ran out of material.  So  I decided to change the pattern for about 7 of them.  Which was a good thing.  A lot of people didn't come through so that meant that everyone received duplicate blocks. 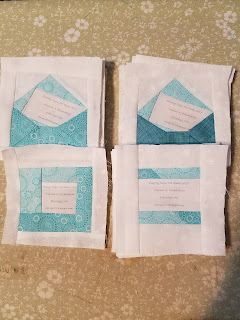 I found several swaps on instagram and facebook.   This is my first purse that I am proud of making.  I've made purses before and didn't like the way they turned out but I'm really happy with this one.  I made this purse for the All Year Swap - Spring. 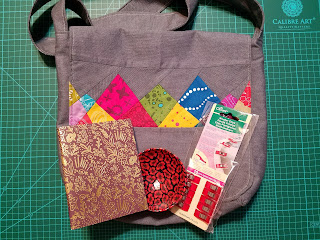 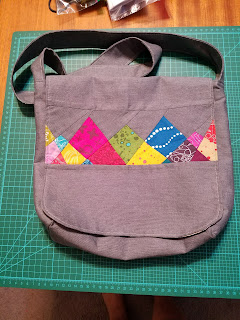 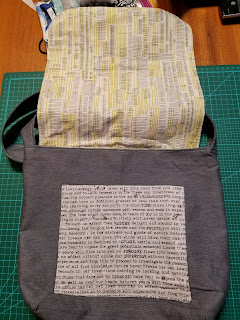 The past two months held alot of first for me.   I challenged myself and I think I came out pretty well.  Last on my list of new things is this postcard.  I joined two postcard swaps that have swaps monthly.  This one is for the Yahoo Group  - Trading Fabric Post Card.  It was  makers choice for the month of March.  This is what I came up with. 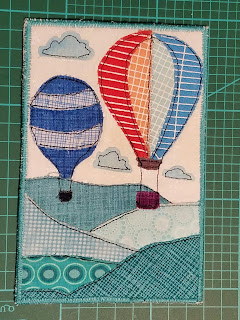 Well this was a long one I didn't do any better with posting for April and May.  So stay tuned to see what I did then.  Thanks for hanging in there and reading what I've been up to.
Posted by Monica at 3:37 PM No comments: